Professor Rockwell conducted research on Japanese video game culture at Ritsumeikan University in Kyoto for 3 months in 2011. His fellowship allowed him to connect with Japanese colleagues and build a research network.

With the colleagues at Ritsumeikan we developed a conference called Replaying Japan: International Conference on Japanese Game Culture that has been meeting every year since 2012. This conference alternates between being in Japan and being elsewhere. Through the conference I’ve developed friends and learned more and more. Further, the fellowship connected me with a collaborator, Keiji Amano, with whom I now have a rich research agenda. We have been studying Pachinko and now are looking at the ethical statements of game companies.

The Replaying Japan conference (http://replaying.jp) has created a research community that has been in dialogue since 2012. I continue to be on the organizing committee. Professor Amano [and I] have presented and published a number of papers and are slowly working on a book. Finally I should mention that I go back to Japan regularly. For example, I went back to teach a Uninversity of Alberta course at Ritsumeikan on Japanese game culture.The fellowship changed my research career leading to a life-long engagement in Japanese game culture.

One of Professor Rockwell’s favourite memories of his time in Japan are the stone figures at Otagi Nenbutsu-Ji Temple in Kyoto. He has kindly shared an album of his pictures of these stone figures. 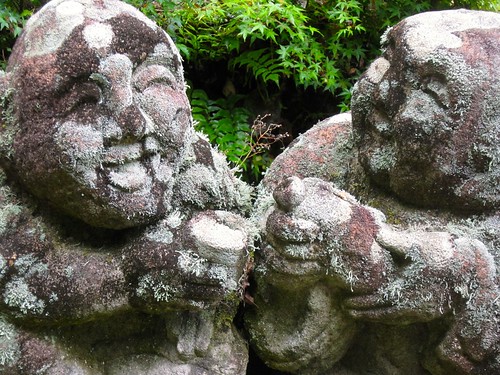 Our website is currently experiencing some unexpected errors. We are working the issues and apologize for
any inconvenience this may cause. Thank you for your patience. Please check back soon.

The JFT Library and Gallery have reopened. Please check our visitor policy prior to booking your visit.

Temporary Closure: JFT library & gallery will be closed to the public in accordance with the Government of Ontario guidelines.

Effective November 22: Proof of vaccination required for all JFT visitors aged 12 and up.    Learn more here.

Our Spring Sale Has Started

You can see how this popup was set up in our step-by-step guide: https://wppopupmaker.com/guides/auto-opening-announcement-popups/